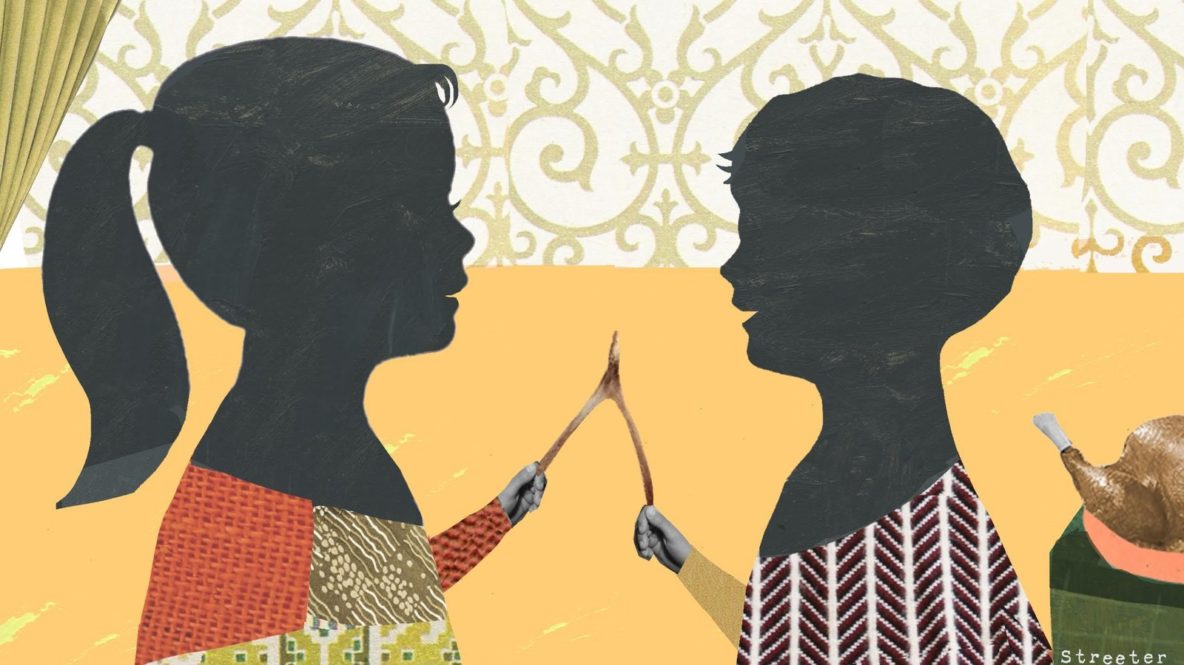 We’ll have a total of just 10 at our Thanksgiving this year, with the biggest absence being that of my mother, who died in March at the age of 92. Our 2-year-old granddaughter and her parents won’t be there, either, nor will my nephew and his 6-month-old son, so we’ll have no children around to temper the loss. Instead, we’ll have to get our yuks from the antics of our daughter’s 90-pound dog, Huxley.

There will still be relatives aplenty, though, and luckily I love them all. But in a way the one I know best is the middle-aged man across the table whose blue eyes look just like mine: my younger brother Paul.

Paul and I irritated each other when we were kids; I would take bites out of his precisely made sandwiches in just the spot I knew he didn’t want me to, and he would hang around the living room telling jokes when he knew I wanted to be alone with the boy on the couch.

But as adults we’ve always had each other’s backs, especially when it came to dealing with our mother’s health crises, which became more frequent in her final years. Paul was the first person I wanted to talk to when there was something that worried me about Mom; I knew he’d be worried, too. He was the one I called when Mom didn’t answer her phone the morning she had died in her sleep. To read more from ROBIN MARANTZ HENIG, click here.