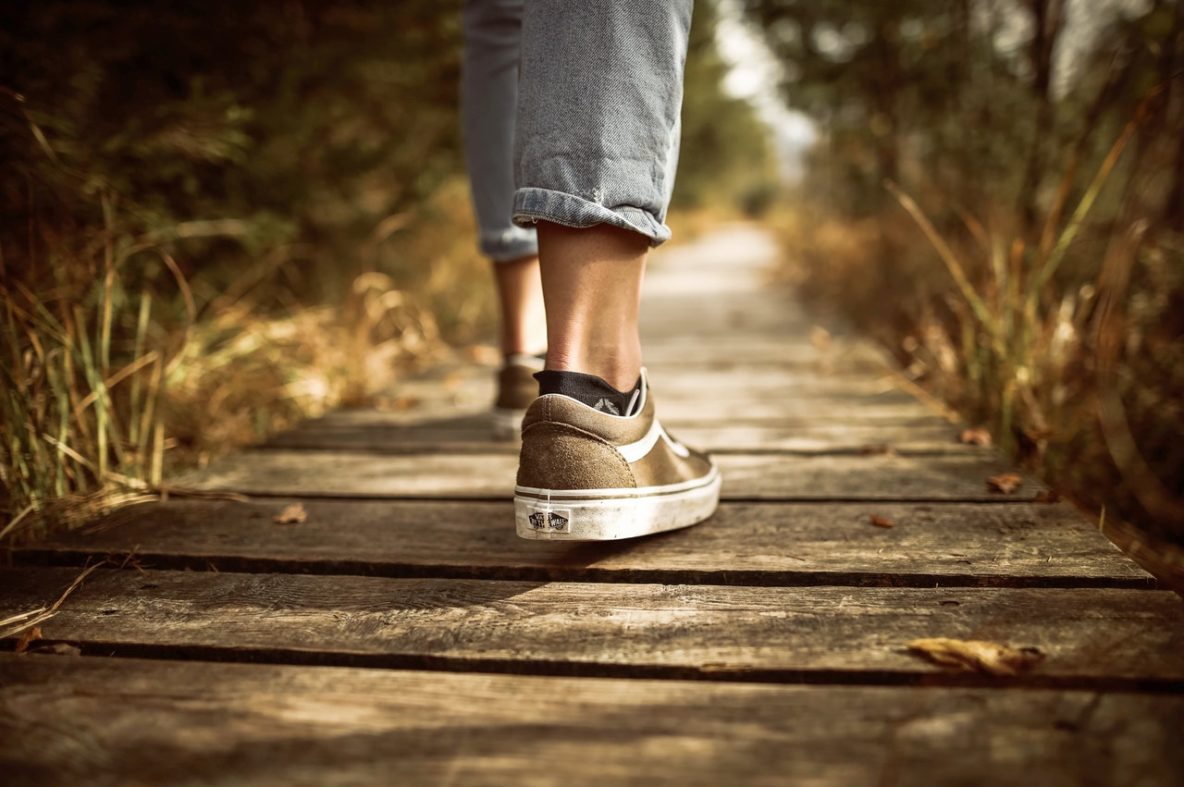 Emotions are a fundamental part of who we are.

As long as we have a brain, we will experience varying types of emotions. We want to enjoy them, but we also suffer from them. We try to conquer our emotions but, most of the times, we end being their slaves.

As Oscar Wilde said, “I don’t want to be at the mercy of my emotions. I want to use them, to enjoy them, and to dominate them.”

Some people believe full-disclosure will bring us peace — if we release all our emotions, we’ll be fine. Others think that suppression is the way to go. If we don’t leave room for them, emotions can’t conquer us.

That’s the problem with emotions: the more we try to control them, the more we fail to manage them effectively.

Releasing all your emotions can backfire — it creates a feedback loop that magnifies, rather than diminishes, negative emotions. Bottling up your emotions make things worse — eventually, you’ll blow up.

Should I Stay or Should I Go?

When your emotions get out of control, do you run away from them? Or face them?

Emotions are a signal. Avoiding them means ignoring a meaningful message from our brain. However, owning your emotions doesn’t mean allowing them to run free — letting off a little steam won’t prevent you from blowing up.

To understand this phenomenon, researchers studied the impact of manipulating emotions. Participants had to write an essay on a sensitive topic and were told one of their peers would evaluate it. The feedback was actually written by the psychologists — everyone was told their essay was “one of the worst I’ve ever read.”

Of course, all participants felt disappointed and upset.

Half of the people were then asked to hit a punching bag for two minutes to release their anger. After practicing other activities that involved emotional management, those who punched the punching bag were actually more aggressive than those who didn’t.

We believe that we will feel less aggressive if we have a chance to let off some steam. The truth is we end creating a connection between anger and aggression — we let our emotions determine the way we act.

Emotional suppression, on the other hand, can harm our mental and physical wellbeing.

A study asked people to watch and then discuss a World War II documentary about the detonation of two nuclear weapons over the Japanese cities of Hiroshima and Nagasaki.

After watching the documentary, some participants were asked to mask their emotions. Compared to those who didn’t, the ones who suppressed their emotions experienced spikes in blood pressure and distraction. Also, people felt less rapport and less positivity toward those who bottled up their emotions.

This study is one of many showing that by, “masking” our inner feelings, we are unable to repair our negative moods. Suppressing our emotions both harms our memory and increases stress.

Emotional regulation doesn’t mean controlling how we feel — it’s not letting our emotions define our behavior.

Emotional Regulation Is a Cultural Thing

Culture shapes how we regulate our emotions — it’s embedded in how our parents raised us.

A study by Silje Marie Haga shows that Americans value expressing their positive emotions outwardly but have a tendency to suppress their negative ones. The cultural values of personal pride and success promote showing only the bright side. Additionally, there’s a clear misunderstanding or disconnection between the consequences of suppressing one’s emotions.

Research by Yuri Miyamoto suggests that cultural differences play a key role in how we regulate our emotions. Parents train their children to do so according to their specific cultural norms.

For example, American mothers want their children to be successful while Chinese mothers prioritize discipline.

An experiment about test performance among children showed that American mothers focus on providing positive feedback to their kids — “You are so smart!”. Chinese mothers, on the other hand, provide feedback on cognitive aspects — “Did you understand the questions? Or did you guess the answers?”

Some cultures upregulate emotions; others downregulate.

Many Asian cultures emphasize fitting in — the emotions we show should promote harmonious interdependence with others.

Emotional expression is associated with honesty among American s — silencing emotions inside is viewed as being insincere. However, In Japanese culture, emotions reflect relationships, not just internal states. Therefore, unlike American culture, the expression of emotions is often discouraged — emotional suppression helps Japanese better fit in with the emotions of the group.

There’s another social factor why we upregulate emotions: economic inequality.

The rise of helicopter parenting is not just driven by the need for control, but by economic fears. According to research by Matthias Doepke, parents worry their children now have fewer opportunities to succeed — they want to do anything to help their children succeed.

The author explains how Americans feel the pressure to help their kids succeed in an ‘unfair society’ By encouraging hard work and emotion control. Swedes, on the other hand, tend to be more relaxed and give their children more emotional freedom because they live in a more equal society.

The study “Snatching defeat from the jaws of victory” showed how, when experiencing positive emotions, people low in self-esteem become anxious and dampen their positive emotions — they focus more on success’s negative aspects.

At some point, we all might downregulate positive emotions in certain situations. For example, when interacting with a stranger or when dealing with uncomfortable social situations. But that’s just an adjustment, unlike the people will low self-esteem that downregulate regardless of the context.

There are three key types of emotional regulation.

Emotional suppression means that we still experience the emotion, but inhibit its behavioral expressions. It creates an asymmetry between how you feel and what others see.

Suppression, as I discussed before, creates a distortion. It makes us feel fewer positive emotions and more negative emotions — suppression decreases life satisfaction and self-esteem.

Emotional acceptance is perceiving our feelings — accepting, naming, and understanding our emotions, but deciding to do nothing about them. We accept our feelings without fighting or judging them. Accepting our emotions, not turning away from them, is one of the core practice of mindfulness.

Emotional Reappraisal is cognitive in nature — it involves how you think about your emotional state and helps reframe it. Because you can transform the whole emotion, it’s usually associated with lower levels of depression and greater well-being.

This strategy involves changing the trajectory of an emotional response — we reinterpret its meaning.

Confronting our emotions — and making sense out of them — makes it easier to address what triggers our emotional response and avoid mindless reactions.

Cognitive reappraisal involves recognizing the negative pattern your thoughts create. You reframe its course by making sense of things and dialing down your emotions a couple of notches.

Before you have an automatic emotional response, cognitive reappraisal helps you evaluate the situation more neutrally. You take a split second to observe things from a distance. What was once an anxious and reckless driver, becomes a guy in a hurry trying to get to work on time.

Multiple studies show that cognitive reappraisal is beneficial for people experiencing both stress and depression due to illness.

Patients with HIV showed better outcomes — cognitive reappraisal helped them reinterpret a negative situation more positively. Patients with multiple sclerosis experienced a similar outcome — stress and depression were both alleviated through the practice of positive appraisal.

Cognitive reappraisal is also a successful strategy to deal with everyday activities.

When you’re in the middle of intense physical activity, fatigue and pain can become overwhelming. A typical approach is to think about something else. We try to avoid our emotions. However, avoidance — similar to suppression — can only last so long.

A paper in Motivation and Emotion suggests that, instead of ignoring the sensations that might boycott exercise, you should observe them as if you were a scientist studying running or a journalist capturing the experience. Embrace the emotions without judging them — dispassionately observe your feelings.

The essay cites a study by the US Army in which participants felt lower physical exertion and more positive emotions when instructed to utilize cognitive reappraisal compared to those who didn’t receive any advice on how to cope with exhaustion.

Imagine you just failed a job interview. You can react negatively and blame yourself or choose to reflect on what happened. Revisiting your emotional response will help you make sense of out the experience rather than getting stuck in an emotion.

Recognition of your negative response — focus on what you are feeling and then label your emotion. For example: ”I am starting to get angry” or ”I am feeling anxious.”

Reinterpretation of the situation — reappraise your perception of what happened to either reduce the severity of the negative response or develop a more positive one.

To practice reappraisal requires examining a situation from a distance — start by reviewing pasts situations. Once you get used to it, you’ll find it easier to exercise it in the heat of the moment.

Use the following questions as a guide:

Emotions play an essential role in our lives. We cannot ignore or silence them, but we can’t let them take over either. Emotional management is not about avoiding emotions but learning to face and understand them.

Cognitive reappraisal is the practice of reframing our emotions — we make sense out of them and turn them into fuel for improvement. It’s about practicing to reflect, learn, and adjust our behavior by facing our emotions. We purposefully don’t run away from them.